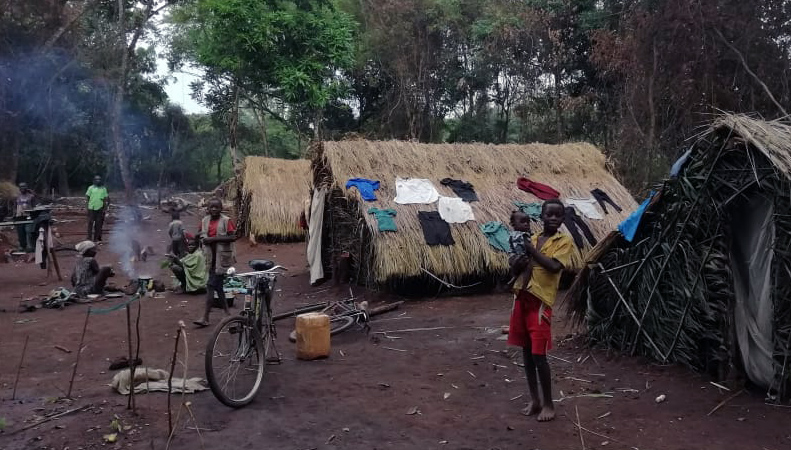 Children Living on the Edge of War

Sister Bianca Bii has seen the effects of warfare since she was 12. She knows better than most the effects it has on children. As a young woman, Sister Bianca took it upon herself to begin looking after orphans she knew had lost their parents from violence, famine, or disease. Eventually, she made a formal request with her bishop to start a home for orphans and her request was granted.

It’s been over 50 years now since Sister Bianca began her mission. Today she remains at St. Bakhita’s Orphanage, named for the patron saint of South Sudan who despite experiencing horrific violence, never lost her humanity and goodness. Our team visited the orphanage on their recent trip to South Sudan to assess the current situation.

Holding On With Your Help

Somewhere around eighty now – Sister Bianca doesn’t know her exact birthdate – she continues to overcome numerous challenges to take care of children at St. Bakhita’s. The needs of the orphanage are met in large part thanks to Sudan Relief Fund donors – you who faithfully support her work and provide a family for orphans.

After a difficult year that included a temporary stay in a refugee camp when fighting was at its worst, Sister Bianca and the children are living at the orphanage again. At times, fighting can be heard just outside their gates. But Sister Bianca says “No one has ever entered through those gates.” She tells how she put up a cross at the entrance and trusts in the Lord to protect them.

For a short period of time, the government sent troops to guard the orphanage. The troops remained for a week, but since departed and have not been called back. The fact they aren’t needed right now is welcome news to the residents of St. Bakhita’s.

There are currently 75 children living here, along with elderly who came during the fighting, because they weren’t strong enough to flee. Sister Bianca welcomes them, too, including some who are blind.

Because the regional fighting has lessened, she says many who took refuge at their facility have gone back home to areas like Yambio, Ezo, and Source Yubu.

Sister Bianca’s wishes are that her children will stay safe from violence, have food, clean water, sanitary conditions, and she hopes they can receive an education. But she remains thankful to Sudan Relief Fund for providing all of their needs.

Your Help Is Vital

This year our donors provided the means to get Sister Bianca and the children through a very challenging time. “We are very grateful,” she says solemnly. She recalls how emergency food funded by donors kept them alive during the shortage. When Sister Bianca and the children were in the displacement camp, relief supplies from the World Food Program weren’t enough for the massive numbers of people. Sister Bianca said she and the 75 children she takes care of wouldn’t have lived through that experience without the extra food Sudan Relief Fund made available to them.

Give Them A Safer Home

That’s the critical difference you’re making. For the St. Bakhita’s family this past year, your help made the difference between life and death. Please know your support continues to be absolutely vital. It is Sudan Relief Fund’s goal to relocate Sister Bianca and the children to a newer facility in a safer area, with greater resources available to them. But we need your help to make that happen.

If you’re not currently a sponsor, and would like to give monthly to help the needs of the children at the orphanage, please sign up as a supporter today. Any gift to help St. Bakhita’s Orphanage will make a difference. Thank you for your faithful support that is a literal lifeline for Sister Bianca and these children.