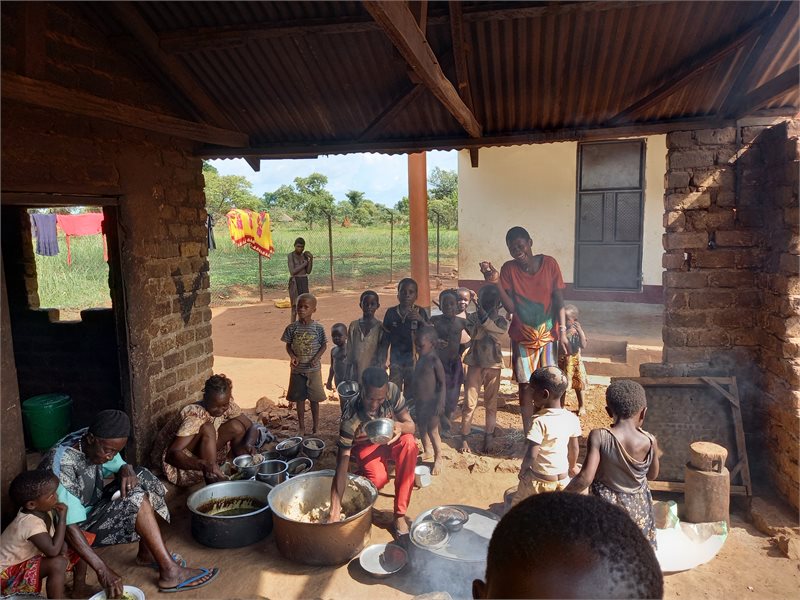 Saint Bakhita’s Orphanage Evacuated Due to Attacks from the West

A brutal faction swept across the western border of South Sudan into the Tombura region, causing thousands to flee their homes as gunshots and fires tore through communities. Those living at Saint Bakhita’s Orphanage were also evacuated. We have confirmation that all the residents of the children’s home have been successfully moved to a safer location for the interim.

Prior to the evacuation, workers fled the orphanage in fear for their safety, leaving Sister Bianca Bii isolated with 80 children. Determined not to leave the children alone, Sister Bianca stayed with them while local partners arranged for their transport out of the area.

The fighting stems from tribal conflict which originated from the western state of the Central African Republic. Being a fragile and divided nation within itself, the government of South Sudan has not responded or sent troops to protect its citizens from the aggression. As a result, residents had no choice but to flee to unaffected areas.

Certain NGO’s and UN organizations have stepped in to aid the nearly 30,000 displaced by the recent assault and have sent in peacekeeping forces. Several parishes in the region where Sudan Relief Fund works are currently hosting displaced populations. We are working with our partners like Bishop Eduardo Kussala and Father Avelino to send in relief supplies.

Hundreds of families have settled temporarily in Father Avelino’s parish, and he has kept the schools and churches open for them. Encouraging the displaced population, Father Avelino said, “I have told them that when one has to run, one may lose everything, land, house, properties, but two things we carry with us wherever we go: our faith and our education.”

While we are thankful Sister Bianca and the children are also in a safe location, there are over five thousand people sharing a makeshift refuge in the same area. Every day this large population needs significant resources to meet their needs. Many cannot return to homes and lands that have been burned and destroyed.

We are grateful for your commitment to take care of the needs of the children of St. Bakhita’s. Right now your support continues to be as vital as ever, to bridge the current crisis for Sister Bianca and the children until a more permanent arrangement can be made. As they look to her for leadership and consolation, Sister Bianca, who is in her 70’s and now their sole guardian, is tasked with caring for 80 children on a daily basis in a temporary camp environment.