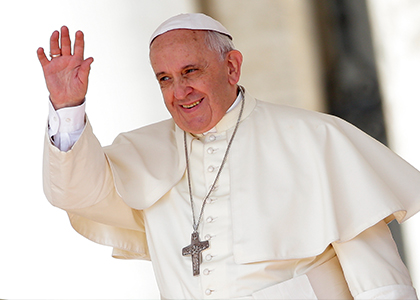 Pope Francis has declared February 23 a day of fasting and prayer for crisis-ridden South Sudan and Democratic Republic of Congo (DRC).

The Pope appealed to those who are faithful to seek spiritual intervention by fasting and praying for peace. The Holy Father has also invited non-Catholic faithful to play a part in the search for peace in the two countries and around the world.

The Head of the global Anglican Church, Justin Welby, reiterated the Pope’s message and called for peace in the two nations. Welby also shared experiences of what he saw in previous trips to DRC and South Sudan.

“On my visits to both countries in recent years, it’s been impossible to describe the overwhelming scale of destruction. These conflicts are causing terrible loss of life. Huge numbers of people have been forced to flee their homes, which is tearing apart families and communities,” said Welby. “There are more than a million new internally displaced people. Famine is causing great suffering and danger. In South Sudan, up to 6 million people face starvation. Sexual violence and humiliation are being committed on the most atrocious scale in both countries.”

The conflict in South Sudan has killed tens of thousands of people and displaced more than two million, while the situation in DRC hinges on President Joseph Kabila’s refusal to leave power, despite calls from the opposition and human rights activist.