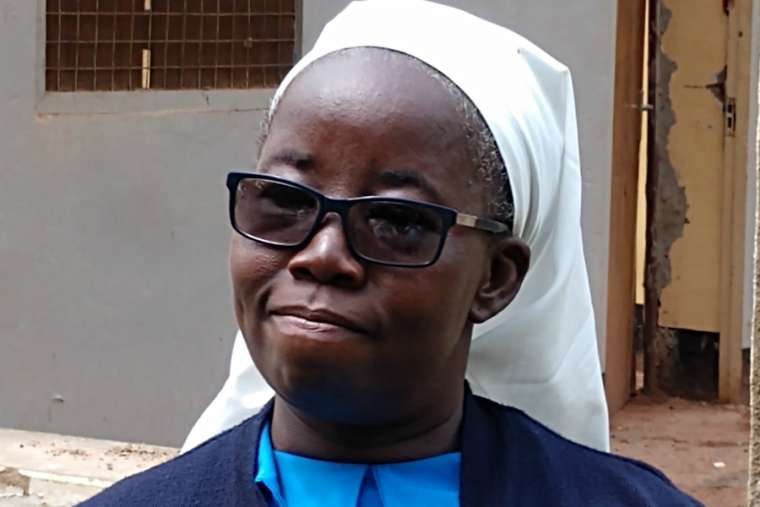 The Sisters of the Blessed Virgin Mary were founded three decades ago in southern Sudan. But to most who know them, they are called the “Blue Sisters” for the bright color of their habits.

In the South Sudanese Diocese of Tombura Yambio, Bishop Edward Hiiboro Kussala tasked them with providing permanent assistance to the many women, including young girls and teenagers, who have been raped, abused or abandoned amid the violent conflicts that have plagued the region for years.

“There is a major stigma that falls over these mostly young women who are victims of the violent civil war,” said Sister Ester, local superior for the small community of the four Blue Sisters. “Several of the women remain in a state of shock, barely aware of their reality.”

The sisters currently help around 100 women living in the facility with recovery from the terrible suffering they have endured, through love, patience, prayer and therapy. Although the civil war has significantly decreased in Yambio, the shelter still welcomes abused women every day.

“Thanks to the significant financial help of the Sudan Relief Fund, we are a few months away from finishing a brand new facility, where the sisters, our experts, and volunteers will be able to provide the best treatment possible to our women,” added Sister Ester.

“Our goal is to gradually integrate these women into society with the adequate spiritual and mental stability, and with a clear plan for their future.”

The sisters also help women cope with AIDS, and others to raise their children, many of whom were conceived in rape. According to Sister Ester, “the connection with their children, surprisingly, is a significant part of the healing process, and not part of the trauma, as some tend to believe.”