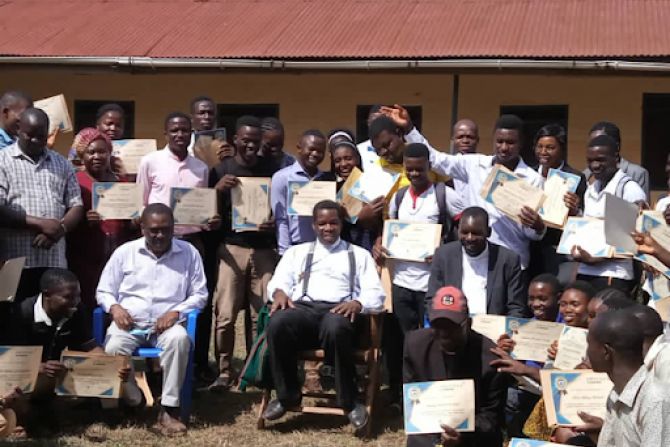 The Catholic University of South Sudan is pleased to announce their entrance into a partnership with renowned Seton Hall University – a fellow member of the International Federation of Universities and one of the oldest Catholic universities in the United States.

Seton Hall is located in the state of New Jersey and is consistently ranked among the top colleges in the United States. The partnership between the two educational institutions was announced on November 3rd.

“For a university rich of tradition and records of excellence to partner with a new emerging and promising university is no doubt motivated by the genuine spirit of fraternity and solidarity of Catholic Universities of the universal Church,” said Bishop Eduardo Hiiboro Kussala of the Diocese of Tombura-Yambio, in a prepared statement. Bishop Kussala is the patron of the Catholic University of South Sudan St. John’s Yambio campus. A sister campus is located in Juba, the nation’s capital.

The association is expected to include collaborative research efforts, student and faculty exchanges, and conversations between the two institutions on issues such as peace and sustainability, as well as ignite new course offerings and student internship opportunities.

Said Katia Passerini, who is provost and executive vice president of Seton Hall, “We foresee expert discussions on peace, reconciliation and sustainability; internship opportunities for students; development of new specialized courses, conferences, publications that will help build a culture of dialogue, peace, and reconciliation in South Sudan.”

Peace has indeed been elusive for the youngest country of the world, which celebrated its tenth anniversary in 2021. On the heels of South Sudan’s newfound independence in 2011, civil war broke out as early as 2013 among warring leadership factions and continued for five years. In 2018, a fragile peace agreement was reached, which has proved to be fractured at best, with violent conflicts arising in the country even this past year.

The war-weary nation has suffered great loss of infrastructure and lives, and many civic and religious leaders continue to push for promoting a culture and consciousness of peace and brotherhood in their country. Educational institutions such as the Catholic University of South Sudan are a good place to start as gamechangers for their nation.

“The exchange of faculty, students and staff between Seton Hall University and the University of South Sudan might provide fresh answers to peaceful and sustainable solutions for the people of South Sudan,” said Father Colin Kay, Vice President of Mission and Ministry for Seton Hall.

Ines Murzaku, Director of Catholic Studies at Seton Hall, supported the concept. In an interview with the Catholic News Agency, Murzaku commented that “If politics fails, brotherhood and the peace of hearts will win, which reminds of Colossians 3:15 ‘let the peace of Christ control your hearts.’”