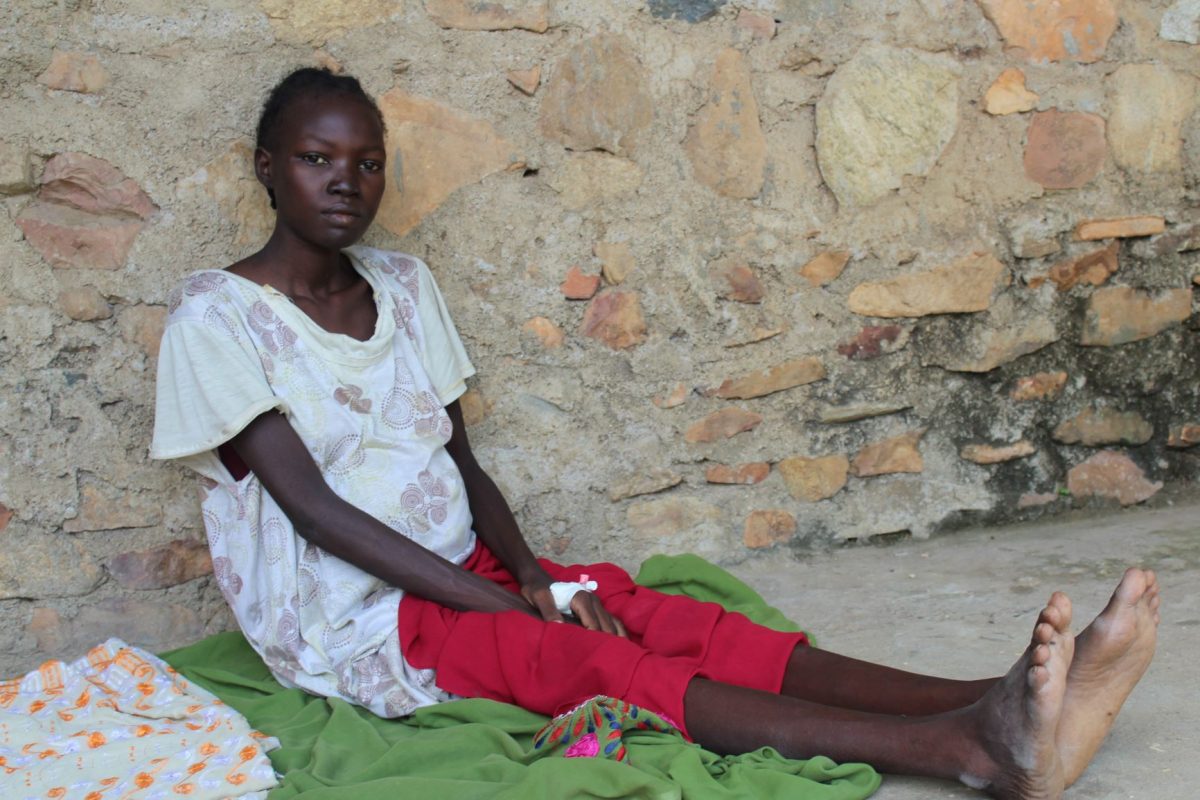 Meet Samira Sirer Tia. She is 25 years old and a busy mother from the village of Dabakaya in South Sudan. Earlier this year Samira became pregnant, but this time things were different than usual. From the outset she began to feel dizzy and weak. Soon this became so severe that she went to the nearest clinic to find out what was wrong. Samira spent seven days at that clinic but was eventually discharged. They told Samira she lacked blood, but the clinic could not do blood transfusions. So she was released and went home.

In just three days’ time Samira grew far worse and became so weak she couldn’t even move on her own. To move anywhere she had to be carried. She was taken to a different clinic where the staff referred her to the Mother of Mercy Hospital for further medical management.

It was nearly a ten-hour drive from Samira’s village to Mother of Mercy Hospital, a facility supported by the Sudan Relief Fund and made possible by the support donors. At six months pregnant, Samira was severely anemic and had a hemoglobin count of only 3.0. (A normal range for a woman is 12 to 15.) This was a life-threatening condition resulting in severe anemia since she did not have enough red blood cells to carry oxygen to her body. Samira was immediately admitted for critical care and remained for several weeks.

Thanks to her treatment at Mother of Mercy Hospital, Samira can now walk on her own again. Her pregnancy progressed well and she had a successful delivery. Samira is extremely grateful to God for the gift of her life and to Dr. Tom Catena and his staff for her recovery. She sends her message of gratitude to those who support Mother of Mercy Hospital. Because of you, this expectant mother was able to receive the lifesaving treatment she and her baby urgently needed.