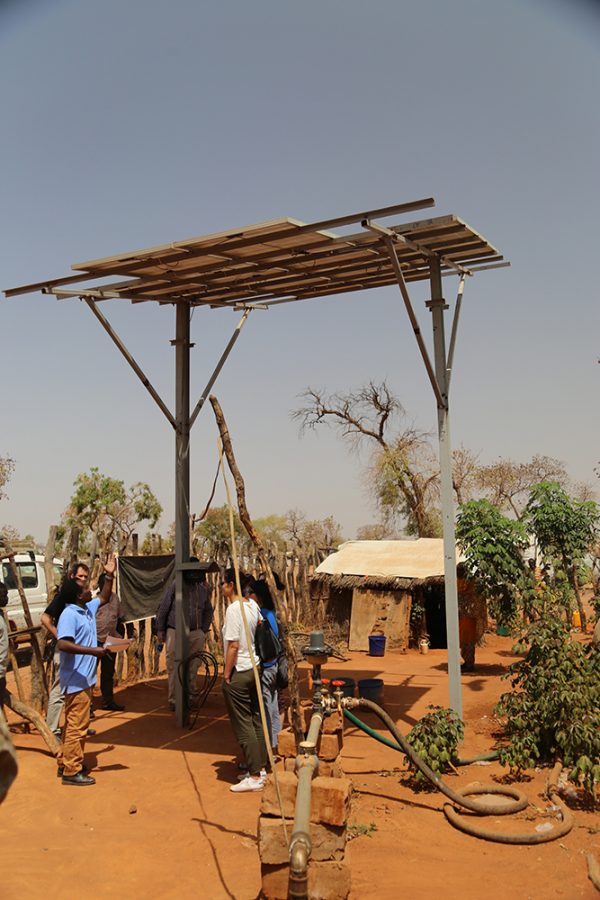 The challenge to get clean water is a daily struggle for most of the people of South Sudan. SRF helps by funding drilling of bore wells as well as other water relief projects.

In the below image, people pump water from a well constructed by Caritas in a displaced persons camp in Agok, South Sudan. Tens of thousands of residents of Abyei, a contested region along the border between Sudan and South Sudan, remain displaced in Agok. Under a 2005 peace agreement, Abyei was supposed to have a referendum to decide which country it would join, but the two countries have yet to agree on who can vote. In 2011, militias aligned with Khartoum drove out most of Abyei’s Dinka Ngok residents, pushing them across a river into the town of Agok. More than 40,000 Dinka Ngok have since returned to Abyei with support from Caritas South Sudan, which has drilled wells, built houses, opened clinics and provided seeds and tools for the returnees. Yet continuing insecurity means a greater number remain in Agok, where they remain dependant on Caritas and other organizations for food and other support.

Water is life. But for too many the struggle to obtain water risks violence, death, and disease. Without a source of safe water communities die too. All it takes . . .

. . . to provide this vital source of life: a well. We have drilled more than 300 wells across the El Obeid Diocese to save lives, alleviate suffering, and preserve entire communities.

Before the Relief Fund began digging these wells, a common method to obtain water was to dig shallow holes in the earth by hand just to get a small amount of muddy water to drink. Disease and contamination was rampant.

These wells aren’t fancy. They don’t cost much by U.S. standards (about $14,000)—but they are priceless.

Lives Saved Through Your Donations